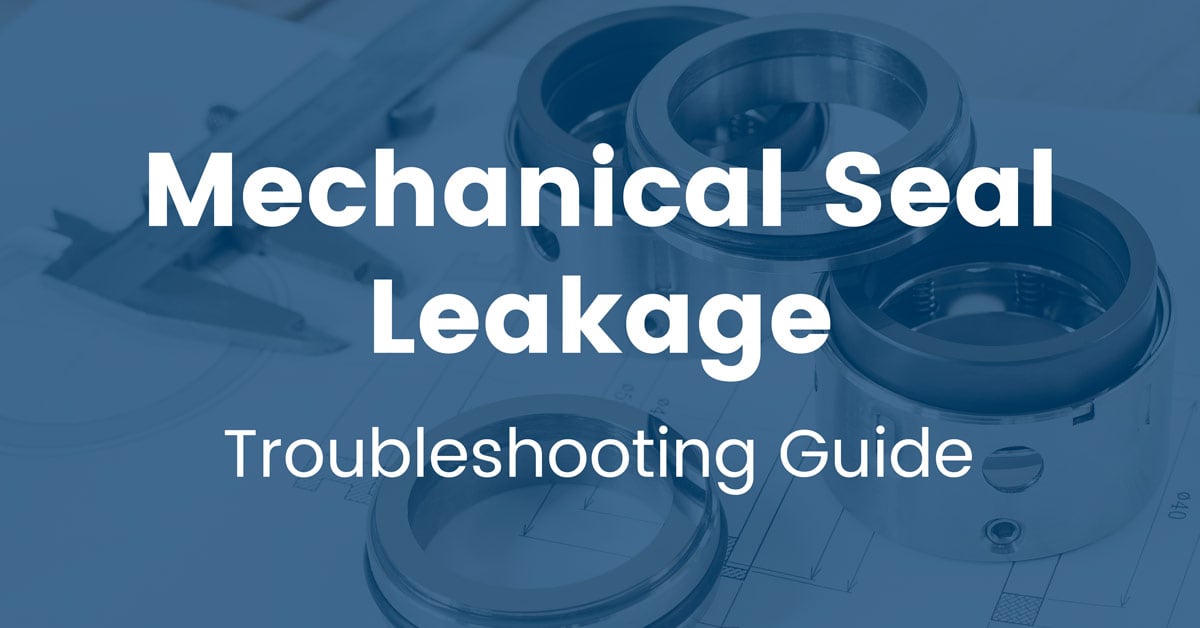 Mechanical seals have a role in protecting the environment against contamination and making machinery run more efficiently, along with contributing to general health and safety. The key role of mechanical seals is to prevent fluids like water or oil from leaking into the area surrounding a piece of mechanical equipment.

Used with diverse types of powered machinery that feature rotating shafts, mechanical seals are utilized in a wide array of devices and equipment, including industrial machinery, residential appliances, rockets, ships and motor vehicles. As their proper functioning is so important to modern society, engineers should know how mechanical seals can fail and understand what should be done when they do.

What Mechanical Seals Do 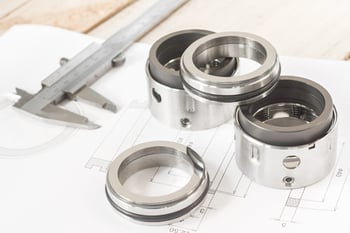 Prior to the development of mechanical seals, engineers would seal a pump with mechanical packing, a fibrous material usually containing graphite or some other lubricant. This was cut into sections and packed into what was referred to as a “stuffing box,” with a packing gland added to the back in order to compact it. As this packing was in contact with the shaft, it would make the rotating shaft less efficient, robbing it of horsepower.

This method for sealing rotating shafts required a fair amount of liquid to leak through. Mechanical seals do the same job, only more efficiently. However, due to the fact this sealing method utilizes more fragile components, failures of mechanical seals have become a prime factor in failures of rotating shafts. For this reason, it’s necessary to always use a seal designed for the application.

Mechanical seals cover the point of a rotating shaft where fluids enter or exit. Typically, these seals prevent undue leakage from a fluid under higher pressure into a fluid under lower pressure. Depending on the application, mechanical seal types vary significantly, though they can be described as having a pair of seal faces, with one connected to the rotating shaft while the other remains stationary.

Mechanical seals don’t completely prevent leaks, however. They’re rather meant to control fluid leakage. When mechanical seals are operating normally, there’s a wafer-thin film of fluid between the rotating and stationary seal faces. This film lubricates the sealing faces to keep them from wearing out prematurely and causing equipment failure. This is especially true when it comes to mechanical seals for pumps.

Depending on the application, mechanical pump seals face an array of operating conditions, some for which they weren’t designed. These conditions cause wear that can then cause future mechanical issues with a pump. Yet even under optimal circumstances, a seal may fail faster than expected. When a failure occurs, it’s crucial to identify what’s causing the leakage.

A mechanical seal can fail wherever there’s an O-ring or a gasket, as these weak points are most likely to leak. Failure could occur due to a worn O-ring. It could happen when dirt or other contaminants get between the seal faces. Or failure might ensue due to a design flaw. Whatever the cause, it’s important to fix a mechanical seal to both prevent environmental contamination and optimize pump efficiency.

Certain operational conditions can undermine pump performance. Let’s take a look at a few of the most common issues with mechanical seals that keep pumps from functioning properly

Numerous technical faults can occur that then cause a mechanical seal to fail, inhibiting a pump’s ability to function properly. It’s not usually the faults themselves that cause mechanical seals to fail, but rather the vibrations these malfunctioning parts trigger.

Malfunctions to mechanical seals may result when:

Another important aspect to understanding why mechanical seals fail involves friction. When looking at how components within and surrounding the mechanical seal interact, it’s important to consider whether the material quality of the seal faces, especially considering the application, along with the best facing combinations. Secondary seals like gaskets and O-rings should also be able to withstand harsh chemicals and heat, or they may cause the mechanical seal to fail, while operators should watch for corroded bellows or clogged springs. It’s also imperative to spot any distortions to the seal faces due to heat or pressure, as this may cause the mechanical seal to bend, which can cause leaking.

Breakdowns Due to System Design or Poor Installation

Pump systems need to be properly configured and designed, otherwise they’ll not to work as they should, which can then result in mechanical seal failure. The seal flush arrangement should also allow sufficient cooling, with the auxiliary seal pot positioned correctly, along with the right instrumentation and piping.

There should be optimal length of straight pipe at suction, especially as older pump systems often have an elbow bent at 90 degrees at suction immediately before flow comes into the impeller eye. This elbow causes turbulence in the flow, resulting in instability of the rotating assembly. The engineering of the suction/discharge and bypass piping needs to be correct too, especially when pipes within the system have been previously repaired.

The above factors account for the vast majority of all seal failures. Sometimes, however, it’s necessary to have an auxiliary system to provide more acceptable operational conditions for a mechanical seal. This is especially true when dealing with flammable or toxic liquids. For these dual systems, an auxiliary fluid is needed to create a barrier that will prevent contamination into the environment and air from getting into the process fluid. Many pumps also feature a throttle bushing that virtually eliminates leakage of any fluids should the mechanical seal fail.

For any type of rotating equipment, mechanical seals are necessary to maintain their reliability. When they fail, they can cause leakage and failures to other parts of a pump system. Yet when they fail, mechanical seals act to signal a problem that will cause even more serious damage. For this reason, engineers that work with pumps should always consider the design of a mechanical seal, along with how it interacts within its operating environment.

As the largest pump distributor in the Northeast, Hayes Pump has the experienced personnel to answer any questions about mechanical seals and provide advice on their operation within centrifugal pumps. As experts on fluid systems, our parts department is here to help our customers select the right replacement components in order to optimize pump performance.